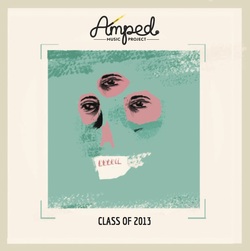 The 2013 Amped Music Project CD compilation was recorded in September at by Joseph van der Hurk and Andrew Harray at Dancing Fox Studios and Tom Bell at Chicks Hotel.

The album features one track from each of the 10 bands involved in the 2013 Amped Music Project. It is available for download
at
https://ampedmusicproject.bandcamp.com/album/amped-class-of-2013
or
from Portal Records and Two Tone Records in Dunedin.

Thanks to all the artists and to Simon Wallace for coordinating this project! 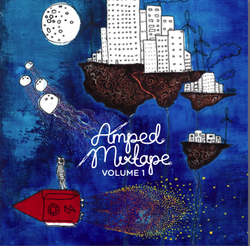 AMPED Mixtape Volume 1 was recorded at Blue Line Music Studio over a hectic two days and mastered by Daniel Potter.

It’s available for free download from http://ampedmusicproject.bandcamp.com/ with everything from satirical funk music to metal meets the bagpipes. Check it out!!

The recording of the Amped Mixtape was made possible due to a grant by the Bendigo Valley Sports & Charity Foundation and lots of donations from our adoring audiences - thank you!!

The bands in the project

A few clips from our past and current bands